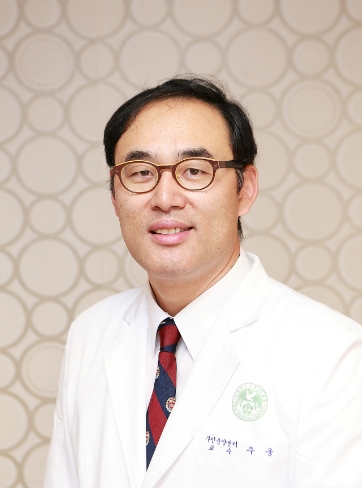 Dr. Ju Woong, who teaches at Ewha Womans University’s department of obstetrics and gynecology, won an award at an international conference for his latest research findings on genital infections.

Ju’s thesis, which deals with how genital warts and other human papillomavirus (HPV)-related diseases impact patients psychologically, was given the best poster award at the conference organized by the Asia Oceania Research Organization on Genital Infections and Neoplasia. The event took place in Beijing.

Ju’s latest research findings say that people with genital warts expressed more anxiety and psychological distress than those with other ― and more dangerous ― HPV-related diseases, including cervical intraepithelial neoplasia, the abnormal growth of squamous cells on the surface of the cervix.

Ju’s study, however, suggests that Korean patients with the disease are more anxious than those with CIN, in which a small number of cases progress to become cervical cancer if left untreated.

“Although genital warts are relatively harmless compared to other HPV-related diseases, we discovered that it causes great anxiety to patients,” Ju said in a statement.

“It is necessary for the patients to be proactive about it and get treated, because they may end up paying more in medical bills if they just remain being anxious (without treating the actual disease).”

Ju, who also practices at the Ewha Womans University Medical Center in Seoul, specializes in gynecologic oncology. He earned his Ph.D. degree from Seoul National University’s school of medicine.