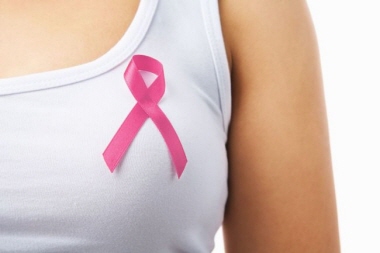 Living with and beyond breast cancer can be overwhelming. Patients often deal with the loss of a breast or an altered physical appearance, on top of learning about unfamiliar treatment options and procedures.

Thanks to improved reconstructive surgery, however, women with breast cancer have more options ― even if they are not eligible for breast-conserving surgery and therefore required to remove the entire breast.

In South Korea, a growing number of patients are choosing to have reconstruction immediately after a mastectomy ― both procedures on the same day ― as a way to avoid waking up to the trauma of losing a breast in the process of completely removing the cancerous tissue.

According to cosmetic surgeon Lee Taek-jong and his research team at Asan Medical Center in Seoul, the number of women who chose to undergo both procedures at the same time rose by 9 times in the past 20 years.

Nearly 40 percent of breast cancer patients who were treated at the hospital within the last four years received both procedures on the same day. Only 4.1 percent of patients received the two surgeries at the same time in 1994.

More than 90 percent survived, which is almost equivalent to the survival rate of those who received a mastectomy and reconstruction separately, the medical team found.

Aside from reducing the psychological impact of a mastectomy, some of the biggest advantages to immediate breast reconstruction include not having to prepare for additional surgery and relatively natural results.

“In the past, patients would wait for a few years after going through a mastectomy to get reconstruction surgery,” said plastic surgeon Suh Hyun-suk from Ewha Womans University Mokdong Hospital.

“This meant they would have to go through two separate surgeries that both require them to be put under general anesthesia. Many patients would find the situation stressful. Immediate reconstruction can be a great option for those who would like to save on cost while eliminating the need for additional surgery. Those who receive the two procedures all at once usually have smaller scars (than those who get them separately).”

However, not all patients are suitable for immediate reconstruction. Those who need to undergo radiation therapy after a mastectomy are advised to wait a few years before having reconstruction surgery.

“The shape of one’s reconstructed breast may change (in an undesirable way) if she receives radiation or chemotherapy treatment,” said surgeon Suh.

“The reconstructed tissue may also create complications as it may interfere with radiation therapy.”

The number of women diagnosed with cancer rose to 107,800 in 2011, up 146.5 percent from 43,700 in 2000, according to the Health Ministry. More than half of them were diagnosed with women-specific cancers, such as breast, cervical and ovarian cancer.

Breast cancer accounted for 14.8 percent of all cases in Korea in 2011. Some 15,942 women were diagnosed with the disease in the same year, according to Ewha Womans University Mokdong Hospital, known for its treatment for women’s cancers.

While most of breast cancer patients are women in their 40s, the number of patients in their 20s and 30s have been on the rise, according to the hospital.

Breast-conserving surgery, which involves removing the least possible amount of breast tissue when removing the cancer, was performed by doctor Paik Nam-sun, the current president of Ewha Womans University Cancer Center for Women, for the first time in Asia in 1986.

Oncologist Lim Woo-sung, who specializes in breast cancer at the hospital, said about 65 percent of patients are eligible for breast-conserving surgery, although it is mandatory for them to receive radiation therapy after the procedure.

As breast reconstruction is considered a cosmetic procedure in Korea, it is not covered by the national health insurance. The average cost is estimated at around 15 million won ($14,800).

“There are still many patients who are not eligible for breast-conserving surgery and are required to get a mastectomy,” Lim said.

“While coping with the procedure, the patients’ sense of loss, after having their breasts removed, is devastating beyond words. And many of them can’t afford breast reconstruction as it is too expensive. It is necessary for the public to realize that breast reconstruction is a much-needed treatment for recovery rather than a mere cosmetic surgery.”