A Flower of Modern Medicine, Organ Transplantation, Blossoms at AMC 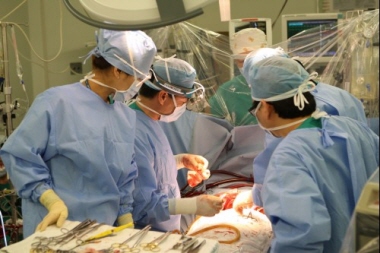 AMC: The Cradle of Organ Transplantation with 963 cases in 2016

AMC is a recognized leading hospital in sophisticated surgery. Earning such reputation is largely attributed to AMC’s liver transplantation team, leading the domestic and international advancement of organ transplantation by setting the record of being the first and the largest.

The director of the Organ Transplantation Center, Hwang Shin, said, “We are the hospital that severe patients resort to with their last hope. Today’s achievements were possible owing to donors’ noble sacrifice as well as medical professionals and employees’ passion and commitment. I hope we continue working together to bring a healthy life back to patients.”